Tuberculosis (TB) is a disease caused by:

Together they form the Mycobacterium tuberculosis complex.

There are two forms of TB. The first affects the lungs and the other causes infection elsewhere in the body. The symptoms that occur when TB disease develops aren't usually very specific but often there are complaints of:

When TB affects the lungs, a cough is usually present for weeks or even months.

The Scottish Mycobacteria Reference Laboratory (SMRL) undertakes the identification, including molecular characterisation, and susceptibility testing of all mycobacterial isolates in Scotland, both for clinical management and for epidemiological purposes. The laboratory reports all identification results weekly to our organisation through the Electronic Communication of Surveillance in Scotland (ECOSS).

Transmission of TB is by inhalation of infected droplets and requires prolonged close contact, for example sharing sleeping quarters, with an infected individual. An important feature of TB is that after infection, the bacteria can remain latent in the body for a long time, possibly even lifelong, causing no symptoms. People with latent TB infection are not infectious. Under favourable conditions, the bacteria can start multiplying and cause clinical disease.

The following guidance has been approved for use in Scotland by the Scottish Health Protection Network Guidance Group (SHPN-GG) and should be used in conjunction with the SHPN addendum:

The establishment of the Enhanced Surveillance of Mycobacterial Infections (ESMI) scheme in 2000 represented a major development in the surveillance of TB in Scotland. Our organisation co-ordinates the scheme and incorporates the European minimum dataset and provides feedback to the various agencies involved in the diagnosis, treatment and control of TB. 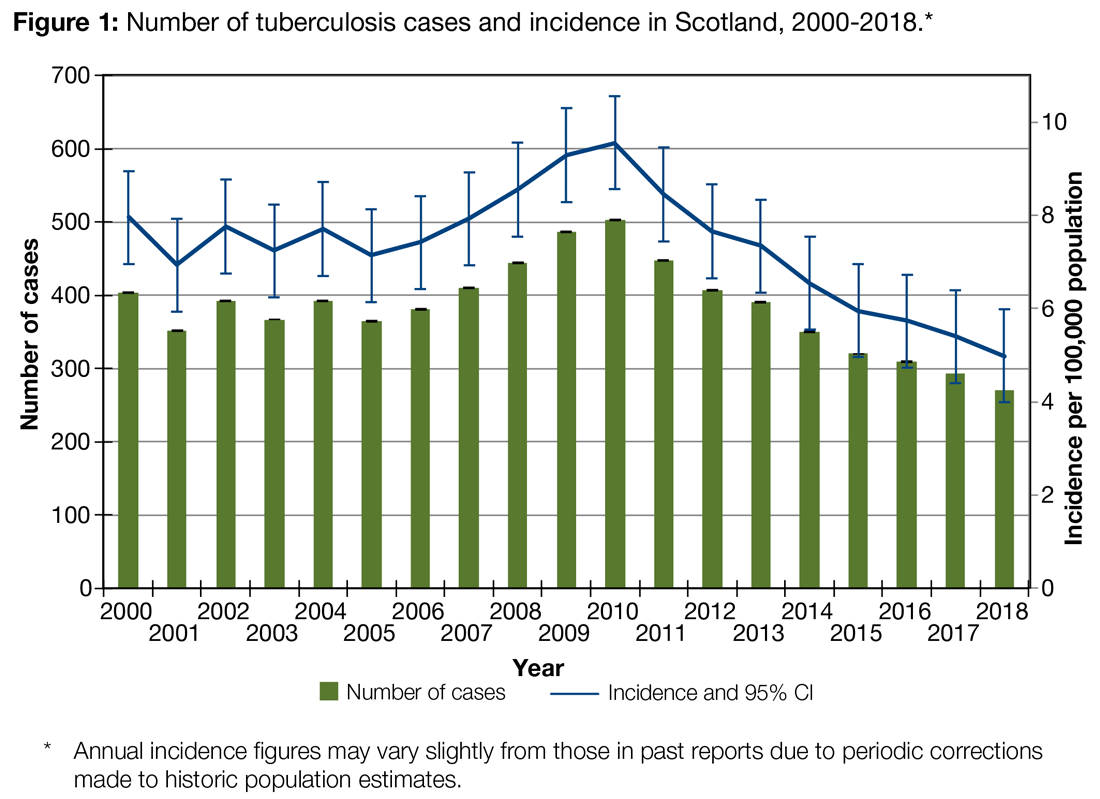 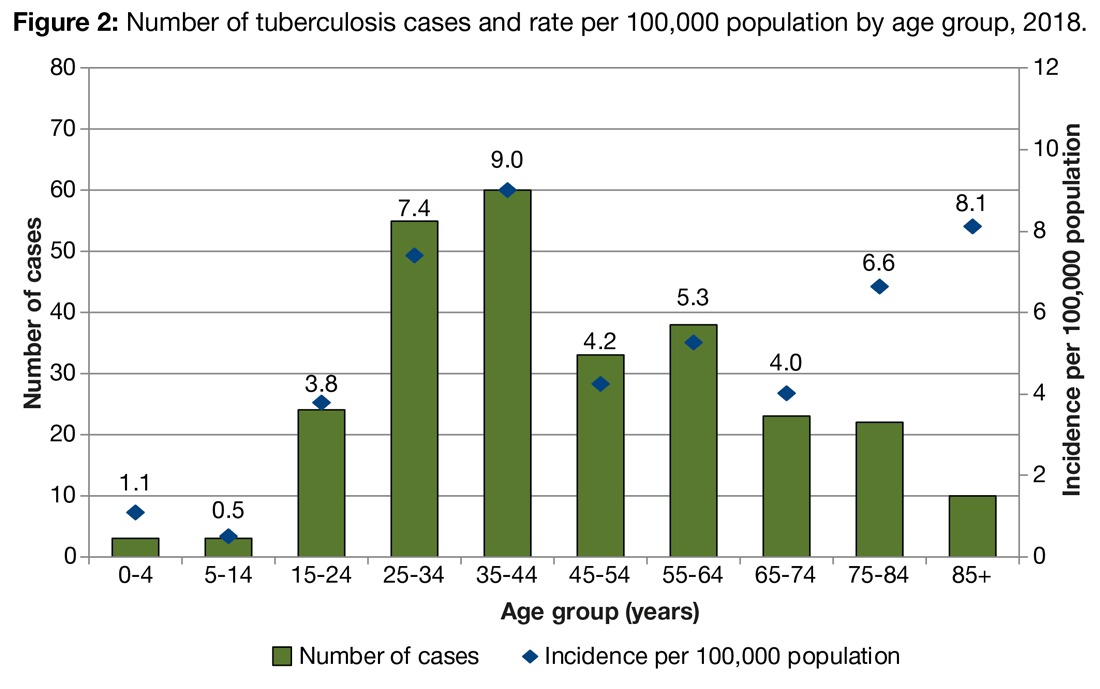 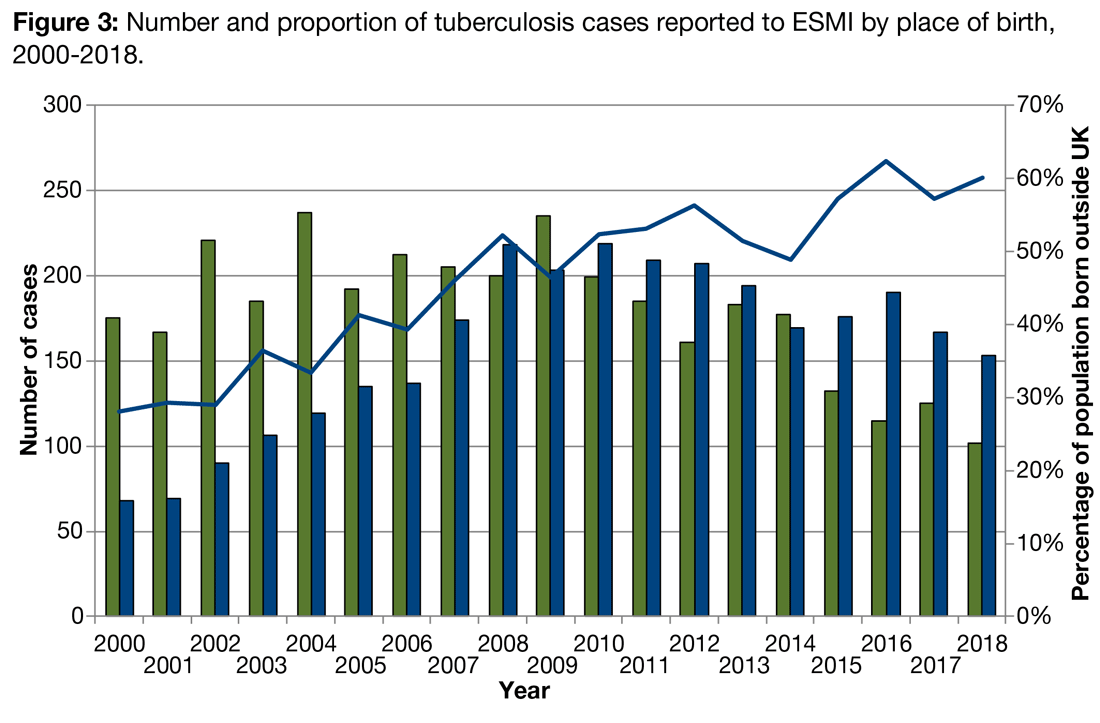 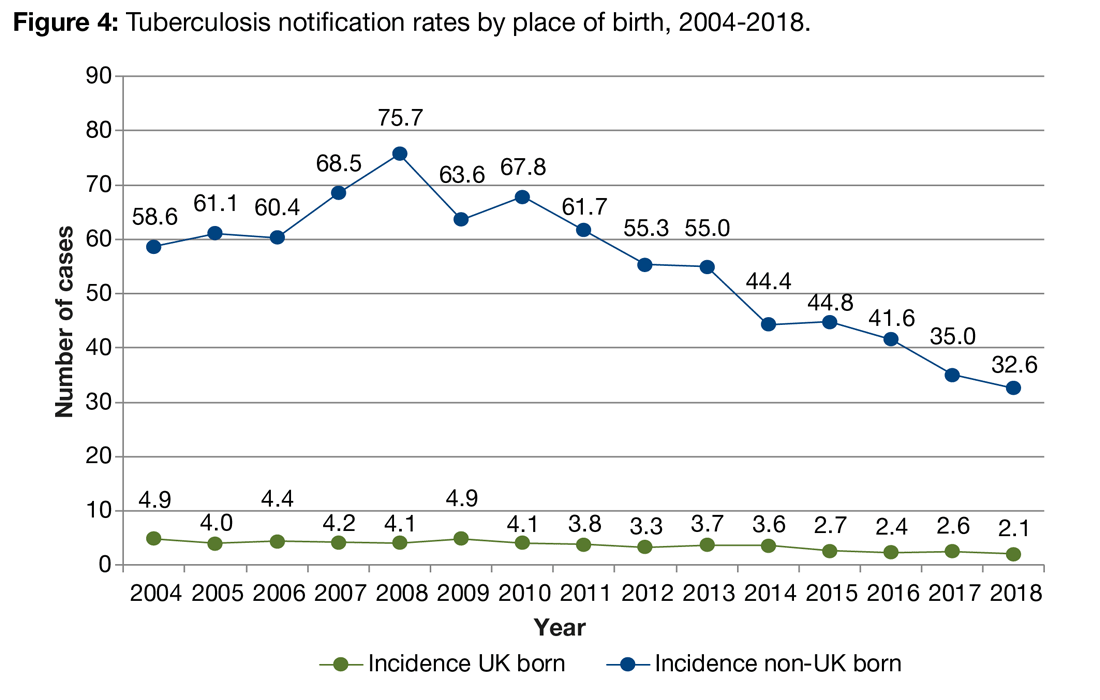 The first line drugs considered for the treatment of TB in the UK are isoniazid, rifampicin, ethambutol, and pyrazinamide. Of the 186 culture-confirmed cases of TB reported in 2018, 184 had drug susceptibility tests for both isoniazid and rifampicin. Among these, resistance to at least one first line drug at the start of treatment was reported for 29 cases (15.8%). Further to that:

TB outcomes in the drug sensitive cohort at 12 months 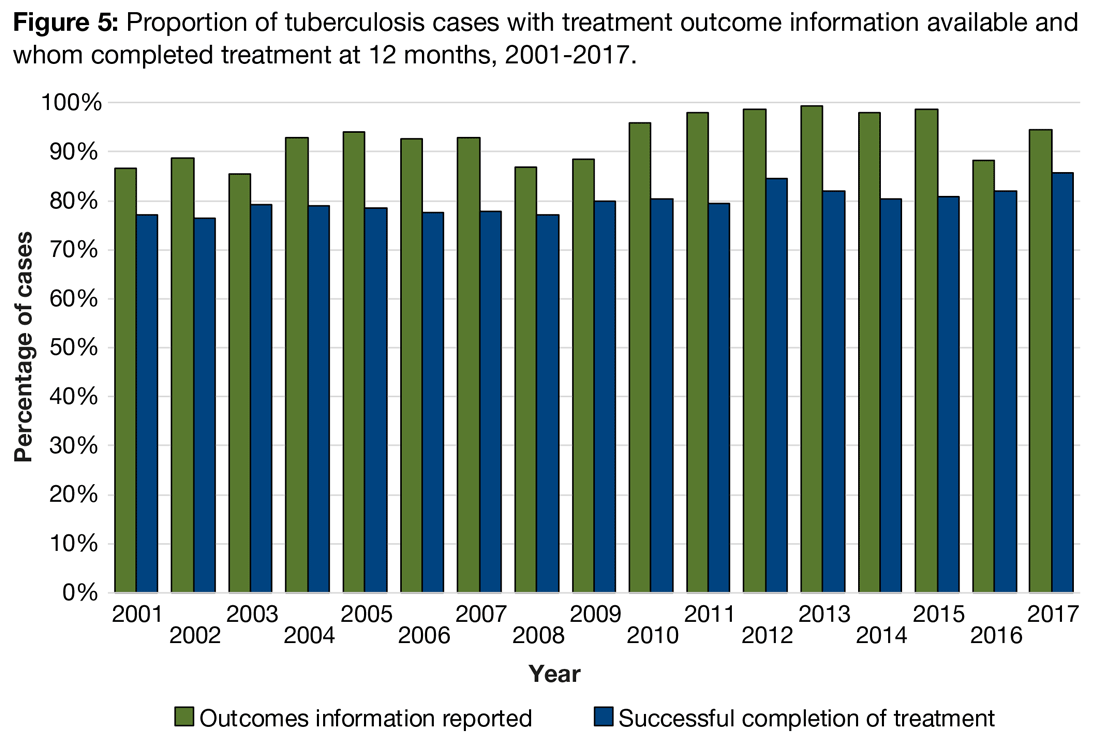 The Bacille Calmette Guérin (BCG) vaccine is offered to those babies who are more likely than the general population to come into contact with someone with TB. This is because they either lived in an area with high rates of TB, or their parents or grandparents came from a country with high rates of TB. These include some countries in Eastern Europe, as well as South-East Asia and sub-Saharan Africa.

The vaccine is usually offered soon after birth, either while the baby is still in hospital or soon after the patient returns home. However, it can be given at any time if necessary. The vaccine gives protection against severe forms of the disease, like TB meningitis and miliary TB, in children under five years of age. Further information can be found in the green book, chapter 32, on the Public Health England (PHE) website.

Since 2015, deliveries of a UK licensed BCG vaccine from the Statens Serum Institut (SSI) in Denmark, were interrupted due to manufacturing issues and this vaccine was unavailable.

From June 2016, PHE secured an alternative BCG vaccine for use across the UK. InterVax BCG vaccine was then used for the national BCG immunisation programme. This was supplied as an unlicensed product, which meant it did not have a valid licence in the UK. The vaccine was provided in accordance with medicines legislation allowing an unlicensed medicine to be supplied when a licensed alternative was not available.

In August 2018, AJ Vaccines resumed supply of licensed BCG vaccine into the UK. There are no current restrictions on ordering quantities of the AJ Vaccines BCG vaccine for the national BCG programme.