Haemophilus influenzae (H. influenzae) are bacteria commonly carried in the respiratory tract, which can cause acute invasive disease. They are divided into encapsulated and unencapsulated (non-typeable) strains. Encapsulated strains can be classified into six serotypes, from a to f, of which type b (Hib) was most prevalent prior to vaccine introduction. Infection with H. influenzae can cause the following conditions:

Less frequent conditions which may be caused by H. influenzae infection include:

Guidance on Haemophilus influenzae can be found below:

In 1992, following introduction of the Hib vaccine for young children, the number of H. influenzae type b cases fell dramatically, not only in the vaccinated group but also in older age groups.  Due to reduced carriage of the organism within the respiratory tract of vaccinated children, transmission to the wider community was effectively suppressed. The addition of the Hib booster vaccine in 2006, reduced case numbers further.

In Scotland, typing is conducted on  all cases with positive laboratory reports for H. influenzae, in order that national trends in disease subtypes can be monitored. Further enhanced surveillance is carried out for all H. influenzae cases identified in children under the age of 5 and type b strains across all age groups.

Surveillance update for October to December 2019

Between October and December 2019 (weeks 40 to 52), 31 cases of invasive H. influenzae were reported, taking the total number of cases reported in 2019 to 83. This is at the lower end of cumulative case numbers reported for the previous four years which ranged from 78 to 99 cases, as shown in Figure 1. 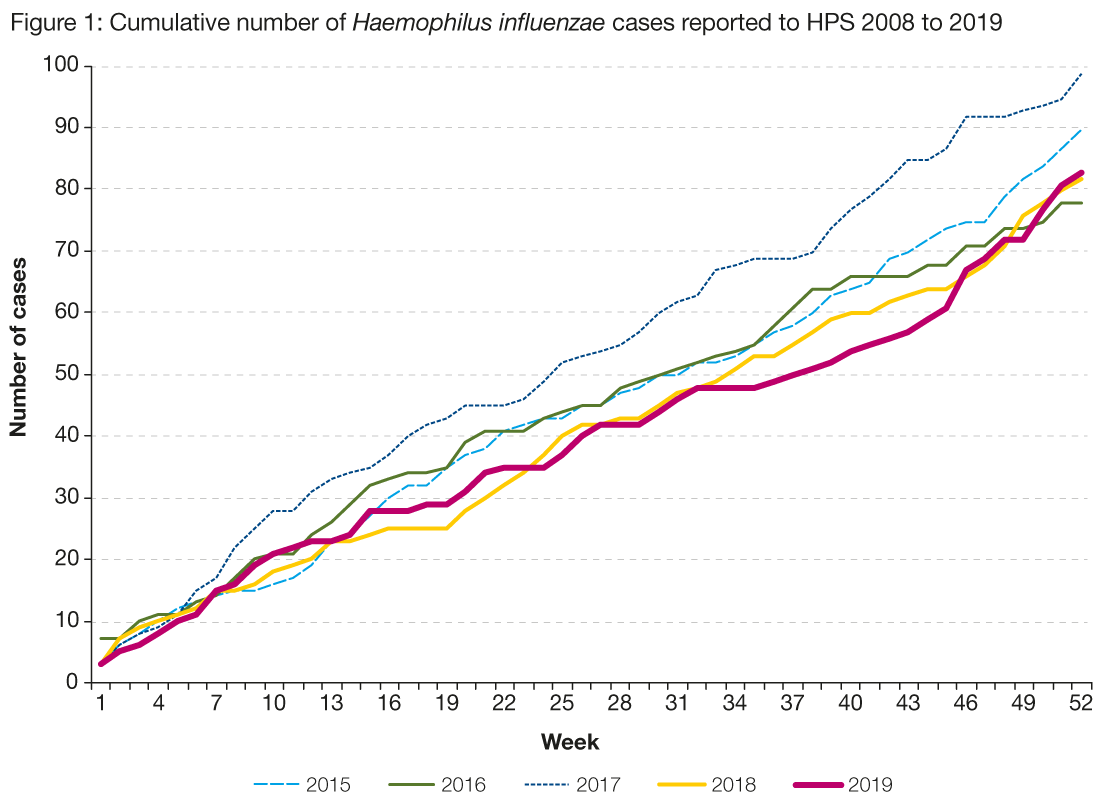 One case is known to have died in 2019, which is comparable the previous five years (0 to 3 deaths).

Figure 2 demonstrates the epidemiological impact of the Hib vaccine, for those aged under five (routinely vaccinated group) and for all ages (including under fives). Prevalence has shown a corresponding decrease in cases since 1992 and figures have remained relatively stable since 2011. 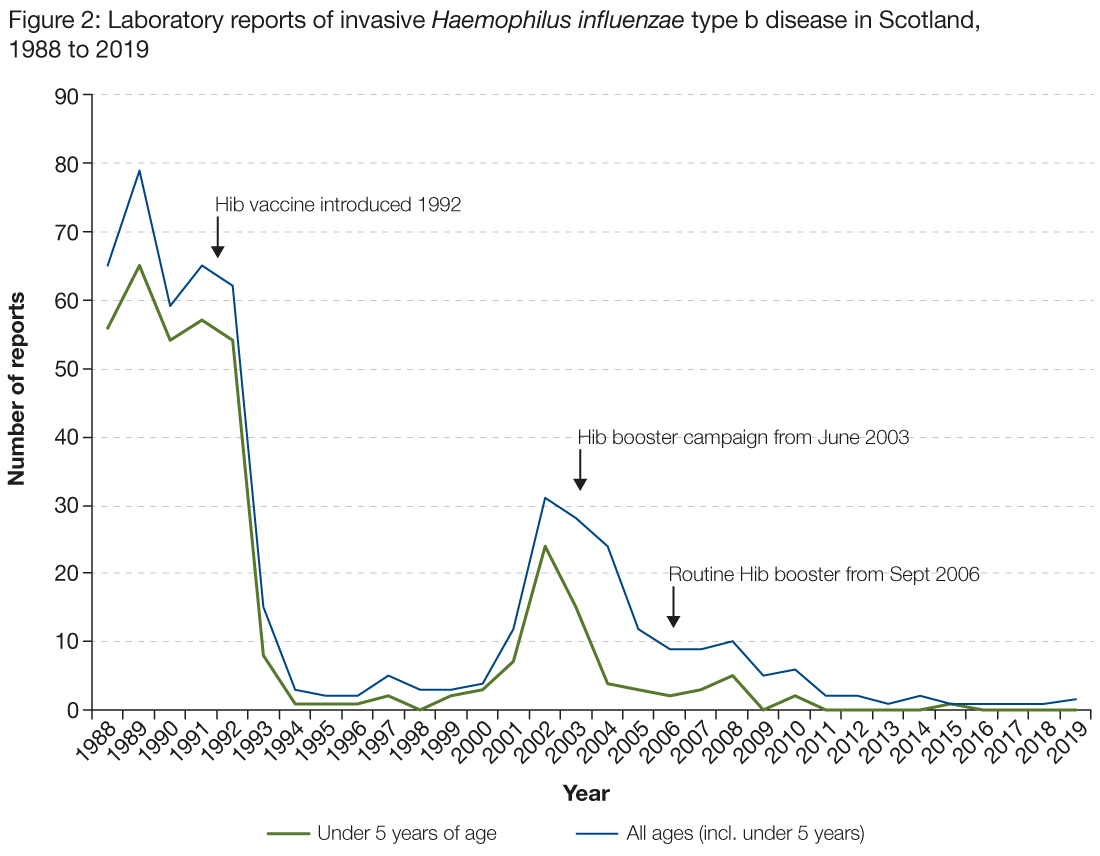 Figure 3 presents laboratory reports by serotype, since the introduction of the Hib booster campaign in 2003.

Nine of the ten paediatric cases (aged under 5 years) were non-typeable, and the other was not known. 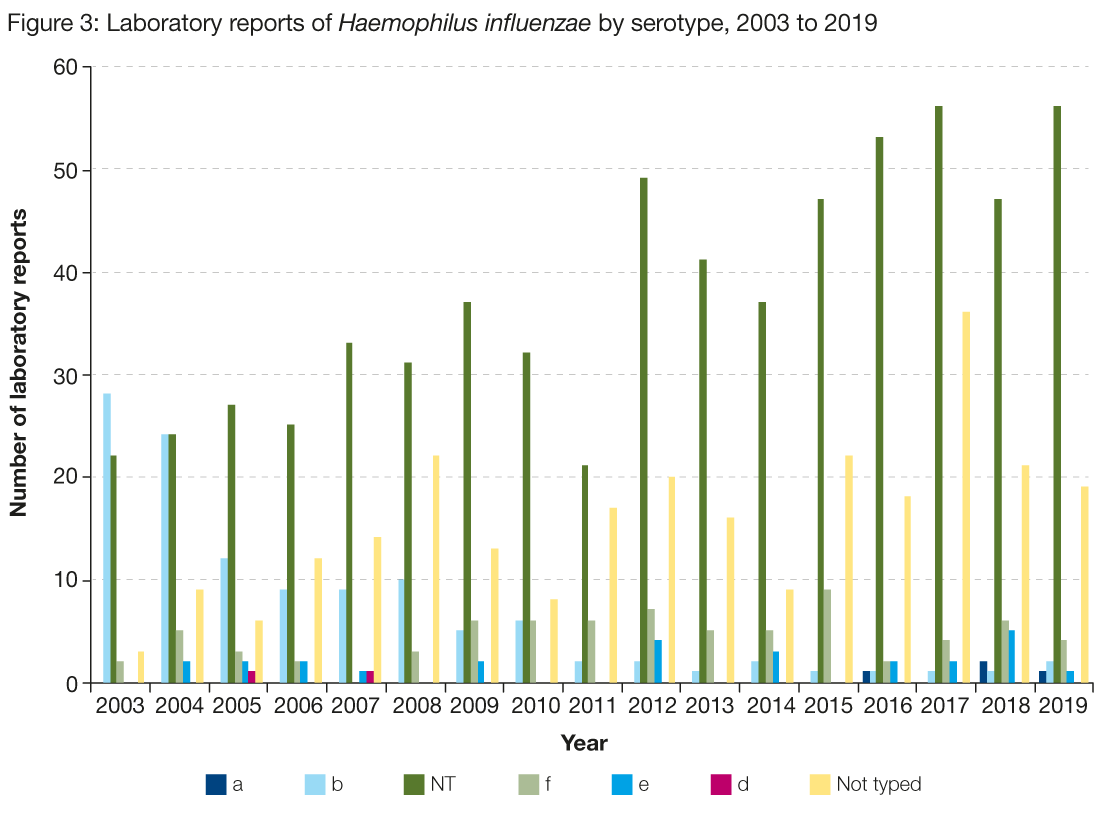 Vaccine uptake statistics can be found on the Information Services Division (ISD) website.